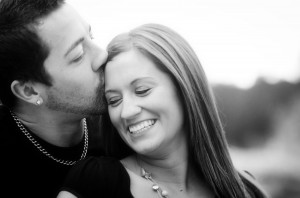 WOW! What a year 2011 has already turned out to be in regards to Atlanta Matchmaking successes and it can only get better! There are many happy couples 'On Hold' for each other and some of those couples have decided to turn their relationship into wedded bliss. In just the first three months, we have had four engagements.

Here's a little bit about them:

James and Stephanie
James is an architect and Stephanie is a nurse. They were both divorced thirty-something's, and found each other in only two matches! We are so thrilled that they have decided to spend a lifetime of happiness together.

Orin and Suzanne
Suzanne and Orin came to Single? Atlanta looking for a companion. Orin was Suzanne's sixth match, and Suzanne was Orin's second. We recently received this message from Orin: "I just wanted to give you an update. After dating Suzanne for almost a year, we have decided to get married. She accepted my proposal New Year's Eve. We plan on having our wedding this upcoming summer. I wanted to thank you for matching her with me and also to tell you that we are both very happy."

Ted and Tina
Ted and Tina knew using a matchmaker was the way to go. Both in their Fabulous 50's, they realized finding the right person was not the same as dating in their 20's. Tina was Ted's second match, and Ted was Tina's first. Cheers to a wonderful journey ahead!

Andrew and Ana
Andrew and Ana had an instant spark. They knew the moment they met, they wanted to begin their new life together. Ana was Andrew's fifth match, and Andrew Ana's third. They have both said it is the happiest they have ever been.

Success with a matchmaker is not always defined by the number of marriages. There are many other victories, and it all depends on your relationship goal. Of course we are excited when a match turns into a life-long vow, but whether you are looking for a long term commitment, casual dating or just getting out of the house on Friday night, using a matchmaker is an exciting, secure and easy way to meet quality individuals.

Single Atlanta is the most trusted Atlanta matchmaker. Our process is safe, fun, and easy. We make personal hand-selected matches with people who share common interests, core values and life goals. If you are ready to start your adventure, Call Us at (404) 250-9292 or fill out our Fast Form below to learn more and Be Our Next Match!

we match people, not profiles.